Hello internet. It’s been a while. This is my first post in a long time, and I’m setting it up to be able to blog from new mobile devices.

Hope you and yours are doing well and are safe in these strange times.

Project Noah is a great modern website made for tracking and documenting (photographing) wildlife. It is about scientific identification of organisms. it’s fun to just cruise the site and see all the photos of the amazing creatures that share the planet with us. the community on Project Noah is top-notch as well, very helpful people eager to help you identify that weird looking bug you snapped. it features geo-tagging as well. check it out! there’s some beautiful beings out there! 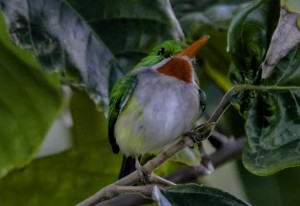 Pictured here is a Puerto Rican Tody (Todus Mexicanus) photographed by Karla Morales. Her caption follows: “This tody is endemic to Puerto Rico island. Despite is scientific name.I It is commonly known as “San Pedrito.” Is my favorite bird, hard to photograph. It can be seen throughout on the island preferably in forests. Eats insects.”

with the new wordpress, soundcloud integration has been added to the oEmbed automatic linking, which is similar to the way facebook will auto link with a preview. in wordpress, you must use the shortlink embed code.

this means you can link to soundcloud songs or pages, and have the mini player embed itself automatically. pretty neat, and almost expected these days on the web.

but what if you want to take it a step further? we wanted to have our soundcloud activity (such as liking a song) automatically post a new entry on our Music Is My Medicine website everytime, without needed to do any work. we thought there would be a plugin to accomplish this, and maybe there is, but instead we ran across this very interesting and awesome “code recipe” that integrates it and does all the work for you! you sign in to wordpress and soundcloud to give the recipe access, then setup the variables, and voila–it is enabled and running for you. the true definition of “automagically”

last night’s dream was interesting, and was fortunate enough to actually remember some of it.

i was in some kind of cave with a large room, with some kind of center stage. people were around it and praying or meditating. there was a man in the middle leading it seemed. when that was over i was lead out the cave thru a long hallway, which broke out into what now seemed like a kind of department store. my departed friend, joe, was showing me around now. the first thing noticed was some large display that was a hologram. it had a symbol on it, like a “T” and “S” intertwined, with other oriental-looking symbols around it. looked pretty neat. then we walked over to a table with t-shirts on it. i liked one shirt that had a print of a knight’s helmet with angels wings. for whatever reasons it said “redskins” on it (i dont even like football) and when i asked joe what he thought of that shirt, he simply shrugged and said, “eh.”

then, in another part or another dream, it was as if we were arriving to the united states via a ship, the big arrivals you see in the old movies: lots of people happily gathered, walking down that big ramp off the boat. i was with my buds mikey, dj, and robert, pretty happy to see each other. we were walking and the path turned into this extremely narrow “bridge” – but it wasn’t even as wide as our bodies, we had to straddle the bridge and inch our way across. it was kind of scary and it was a far, far ways down into water or trees. we slowly moved, i was the last of us, and someone behind me kept pushing and rushing us. i kind of bumped my frenz ahead and eventually made rob fall off 🙁 it also felt like we were ants for a while. when we got to the end, i stood up, but was drafting around aimlessly (kind of felt like a gyroscope controller going nuts) and had to “turn off the controller” to stop myself from falling. hah.

there was a third part or dream, will post it up later. g’nite.

the difference in total words heard by babies and its effects on their development is startling. for quite some time we have known there exists a gap in academic levels between children in the 3 main socioeconomic classes (poor, working-class, professional). and many theories have been suggested, too much lead? lack of self-control? high-stress? lack of reading? studies from the recent decades has shown that the answer may be easier than thought: talking.

Another idea, however, is creeping into the policy debate: that the key to early learning is talking — specifically, a child’s exposure to language spoken by parents and caretakers from birth to age 3, the more the better. It turns out, evidence is showing, that the much-ridiculed stream of parent-to-child baby talk — Feel Teddy’s nose! It’s so soft! Cars make noise — look, there’s a yellow one! Baby feels hungry? Now Mommy is opening the refrigerator! — is very, very important.

The studies show that poor babies may only hear about 600 words per hour, while working-class babies might hear 1,200 words/hour, and professional families around 2,100 words/hour. “by age three, a poor child would have heard 30 million fewer words.”

Why such a difference? It may be as simple as the fact that those parents were not aware of the importance of talking to their babies. They may have less access to the latest information, books, and rely more on family and friends for parenting advice.

heard somewhere else something somewhat similar: talk to your kids like they are twice in age, talk to a one yr old like he’s two, a three year old like they’re six, four:eight, etc.

we went to the sherwood forest faire and had a blast. it was outside of austin in mcdade, tx in a nicely wooded forrest like area (ya think?). they did a very good job of being in character and i couldnt help but imagine we were in a real-life everquest. we saw jousting, puppet shows, robin and maid marian, and drank mead. here are some flics. 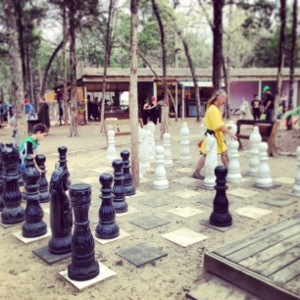 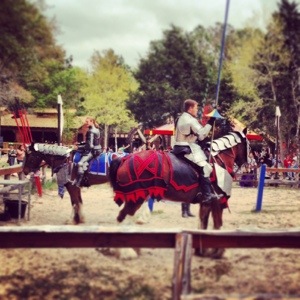 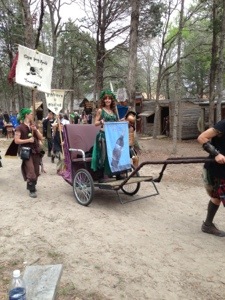 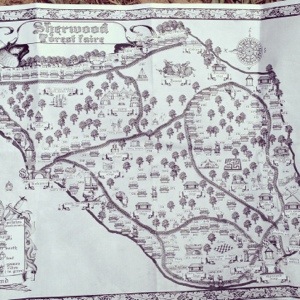 we started composting a few weeks ago. its kinda fun and interesting to see the compost forming. a bit of a challenge too, at first put too much scraps and got lots of bugs, but after balancing out with lawn clippings and leaves, the bugs are gone and it doesnt smell bad at all. we’re hoping to start a garden soon. y’all have any tips for composting? 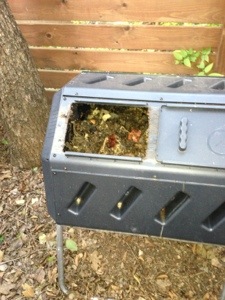 the compost tumbler we got at home depot is the YIMBY brand one. it’s decent, and good for urban smaller backyards. it has a sliding lid cover, and has two sections, so you can start a new batch while the other side is composting. it comes with the stand that the barrel can rotate on, but it doesn’t have a rotating crank handle, you gotta spin the barrel directly (not a big deal). check it out here Yimby Tumbler Composter

geek for the win! found a nice app that turns your iPhone into a bluetooth game controller for your computer. came in useful when we were trying out the game castle crashers on steam. you download the free app, install its counterpart on the computer, and sync them up. you can pick and program various controllers like SNES, Genesis, and N64.

have you ever wanted to simply pull a song from your iphone onto your computer, but had the rude awakening that you cannot do such a simply task? yea, thanks apple for locking your devices down so hard we can’t even grab our own songs off our own phone to put on our own computers. well, fret no more–senuti (itunes spelled backwards, lol) is a program that lets you snag songs right off your iDevices with no questions asked. it comes with a free 30-day trial, well worth the money, and damn skippy slick. for example, had our neighbors over this evening, he showed me some awesome “50 years of Reggae” album he just got on his phone, which he wanted to share with me. he said he’d bring the CD over later (which he had rented from our public library), but better than waiting, we just plugged in his iphone to my laptop and via senuti we pulled the entire album (and then some) within 5 minutes. take that, apple!

not sure where this list came from, found it in some old notes in EverNote: